The number of objects cached in a project is viewable on Project Window. This window also allows you to open a cache dialog, and you can perform various operations for the Library caches in the dialog. 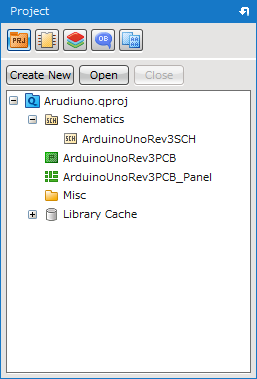 The objects to be cached are as follows:

Each object is cached at the following timings.

A cache is not be overwritten if it already exists in a project. * Except for Update Components (Updating libraries based on "Database" in performing Update Components will also update the objects in the Library Cache.)

If an object exists in multiple locations (local-db/master-db/Library Cache), the object to be cached will be determined based on Reference Priority.

A cache dialog allows you to perform various operations for the Library Caches. The dialog can be opened by the following steps. 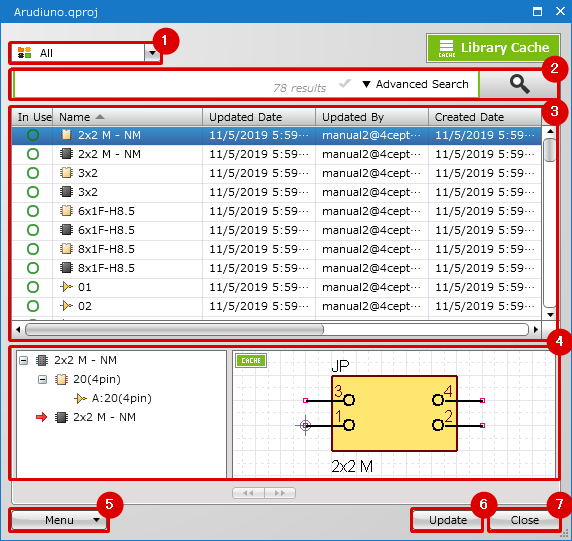 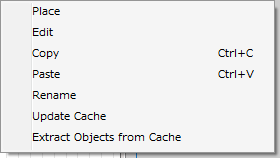